A few times I wondered why there was no “Public Domain” selection in Flickr because there are some images (mine obviously) that I wanted to release into the public domain. I didn’t think much about it at the time but Paul and I have been talking about public domain images a lot lately – because I think it would be bloody awesome to have a public domain image repository that is totally searchable (using image recognition of course!). That would be killer! But I deviate… most of my images on Flickr are a combination of creative commons and all rights reserved. 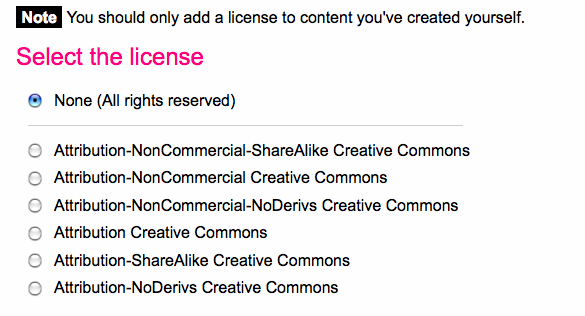 I usually drop on Flickr as “creative commons” images that I have created that do not contain people. I am going through my collections now and setting a lot of my images as creative commons (I enjoy people using them if they wish to). So I was surprised when the White House released an official collection of photos depicting Obama’s 100 days in office on Flickr. This is fantastic of course but … shouldn’t the images be public domain images?

And then it hit me. Stewart (one of the co-founders of Flickr) was right 4 years ago: we have very little ways of making sure that the image that someone uploads (not just the White House) is an image that they actually have created and can tag as public domain. You can’t recall a public domain image.

This is a problem that can easily be solved with a lot of servers and image recognition: imagine if you will if every single image uploaded to a public domain registry was compared to the entire body of images existing on the web? Imagine that “someone” had indexed all the images available online using image recognition and imagine that you can make these comparisons in real time and get an instant search result.

A girl can dream can’t she?