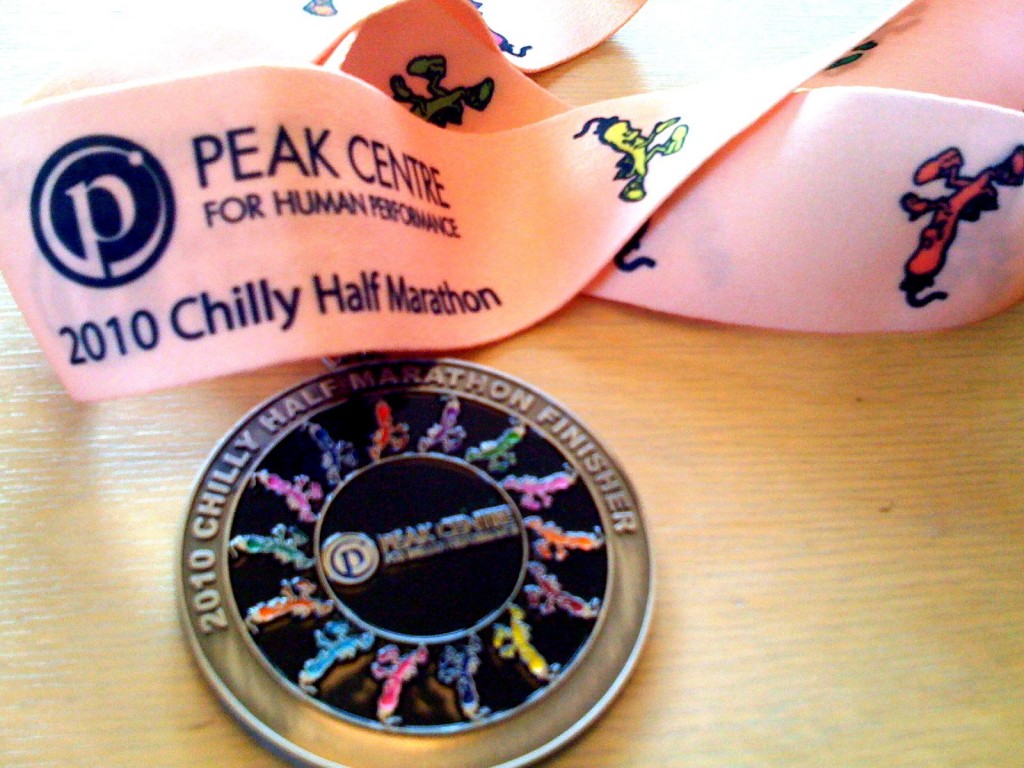 It has started. It is race season already! Well if I was in California it would be race  season all year long but for us poor Canadian folks trail racing season starts in Spring. My first 2010 race was the Chilly Half Marathon in Burlington which really was a road race – rather than a trail race – but I still enjoyed it. I am actually very fond of road races. I know I know: why run on roads when you can run on trails… During the race on Sunday, mother nature cooperated, there was sunshine and a cool breeze, optimal conditions for great running.

My friend Mark is kicking ass in his running with a fully loaded race schedule for 2010 including the insane Tahoe Rim Trail Endurance Run. And his is not planning on doing the 50K or 50M, he is going for the 100 mile. Way to go Mark! Check out his awesome race schedule.

Here are my next two races: